All news BLUES in the US!

News, reviews, live Blues show links AND MUCH MORE at Bottom! - Scroll Down!

Last weekends Arkansas Blues & Heritage Fest was AWESOME! 62 Blues acts plus many other Blues shows, seminars and symposiums. Add to that a great crop of street musicians and the Sunday afternoon Pinetop Perkins homecoming at Hopson's Farm and it made for a GREAT Blues weekend. IllinoisBlues.com was there! Below are some sample pics but we got TONS more GREAT pictures for you!  CLICK HERE to see all the fun photos FULL size!

IllinoisBlues.com was also at the Mark Hummel show last week at Paddy O'Flaherty's in Morton, IL.

The Kilborn Alley Blues band members were also there and did a great Jam with Mark and his band.

This weekend brings the Voice of the Wetlands Festival in Houma, Louisiana,  Annual Blues and Jazz Festival in Salisbury, North Carolina, the Stephen Miller Memorial Blues Bash in Palm Bay, Florida, the Columbia Blues Festival in Columbia, South Carolina,  the Elroy Bike Meet & Blues Fest in Elroy, Wisconsin and the Legendary Rhythm & Blues Cruise leaving from San Diego, CA.  Support Live Blues near you by attending one of these events!

NEW to the Blues? Sometimes it is hard for those new to the Blues to explore this journey called the Blues! IllinoisBlues.com's weekly spotlight introduces (or reminds experienced Blues fans) about a Blues artist or subject worth knowing about.

This week we take another look at an early woman of the Blues, Big Mama Thornton. Born Willie Mae Thornton on Dec 11, 1926 in Montgomery, AL, she began performing in 1940 at an early age. She recorded on the Peacock label. Thornton had her first big hit when she recorded Hound Dog on her third session. (There is a dispute of her claim of authorship of the song Hound Dog. The song is claimed by Jerry Leiber and Mike Stoller.)  Hound Dog went to the top of the charts for seven weeks in 1953, a couple of years before Elvis recorded it. Elvis , unaware of the Thornton connection had one of the biggest singles of the time with his release of the Hound Dog single.

Big Mama Thornton recorded several other albums on the Peacock label and continued to perform even as her career stalled.  In 1965 she recorded with the Arhoolie label and released a live album with Muddy Waters band. In 1968 she released the album Ball and Chain with supporting guitar by Lightnin' Hopkins and others.  The title cut "Ball and Chain" went on to be one of her most recorded works most notably being covered on several recordings by Janis Joplin. Thornton was a tough woman who continued to record until her death in 1984.

All Music Guide has a biography and a complete discography of Big Mama Thornton. They also include 15 second samples of most of her songs for you to listen to.  CLICK HERE to read to read more about her.

You can see some videos of this great Blues woman on our website. Click the links below to see the videos 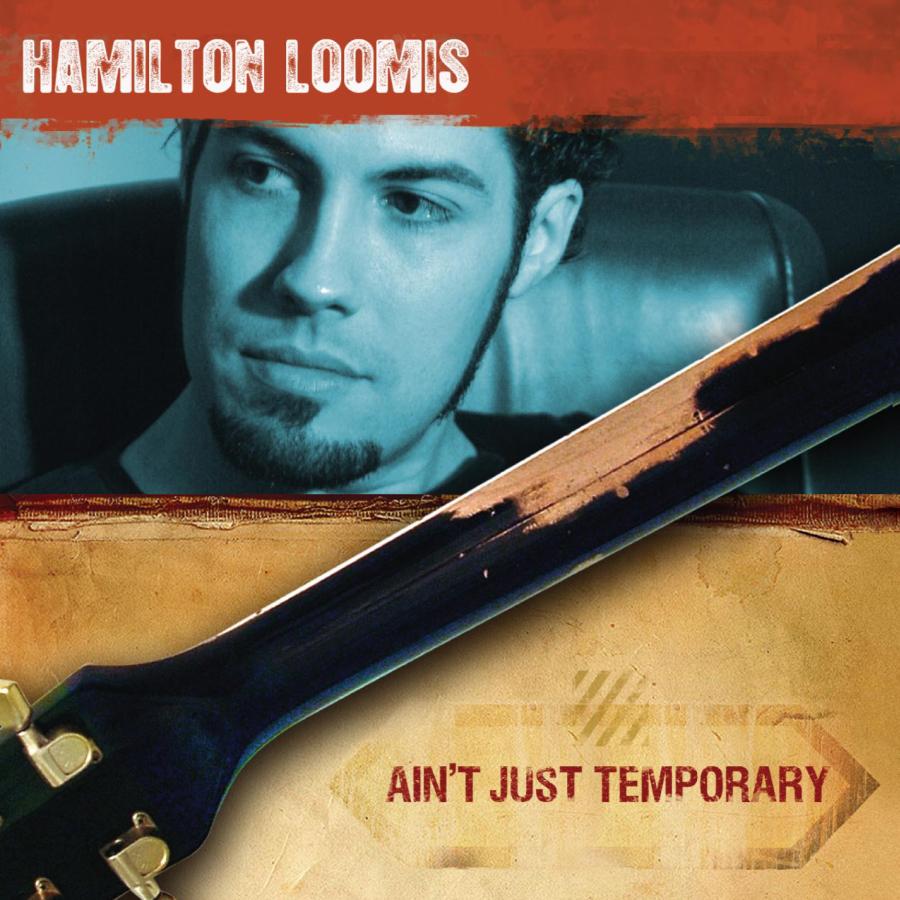 Born and raised in Galveston, Texas, Hamilton Loomis is considered a youngster in the blues community. In his early 30s, he is hardly a newcomer to music. He released his first CD, Hamilton, in 1994, which received a Grammy Nomination for “Best Contemporary Blues Album.”

Hooked on music through his parents’ extensive collection of blues, rock, and soul records, Hamilton honed his excellent vocal skills and multi-instrumental chops early, learning drums, piano, guitar, bass and harmonica by his early teens. He plays multiple instruments on this album as well as co-producing, engineering, and mixing. While he was at it, he wrote and co-wrote nine of the eleven songs. Guests include Bo Diddley who helped pen, play guitar, and sing “You Got To Wait.” There are also Scott Free, Trevor Root, Vince Palumbo, Danny Beltran, and Michael Bliss.

Loomis plays funk-i-fied Texas music by balancing his blues roots with experimentation and originality. Loomis is one of the young artists changing the face of modern blues. For example, he grew up listening to blues, but Sam and Dave, too. And, he was also a Prince fan, thus the funky stuff.

All of these influences culminate on Ain’t Just Temporary – sparse, funky rhythms, earthy Fender Rhodes and Hammond B3 organ, grooving harmonica, and Hamilton’s soulful vocals coupled with his excellent guitar and slide work. Add in drum loops and other modern production touches and you get an approach that avoids blues clichés while keeping true to the music.

Standout tracks include “Slow Lover” with a solo harmonica opening and a cappella harmony vocals with Beltran on the words “slow lover.” “Legendary” gives us a taste of Loomis’ tasteful slide guitar and multiple instrument abilities with only Root joining on drums. Best smile inducer: good ole Bo Diddley says “Wait...you bug eyed sucka” at the end of “You Got To Wait.” Best blame misplacement is found on “My Pen” where the song’s early notes seem to come as hesitatingly as the words he is struggling trying to write.

The quality and creativity of Loomis indicate he will be around for the long haul – ain’t just temporary.

"The Queen of the Blues" 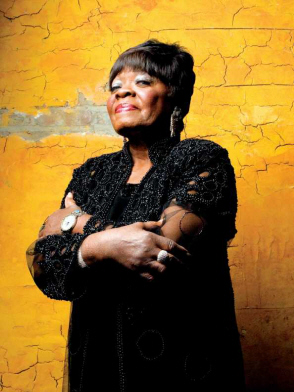 The Illinois Central Blues Club will be conducting its first Solo/Duo Blues Challenge on November 3, 2007 from 6:00 p.m. to 10:00 p.m. at the Alamo, located at 115 N. 5th St., Springfield, IL.  The winner will receive $200 in travel monies to represent the Club at the Blues Foundation International Blues Challenge in Memphis, TN during February 2008.  Entries must be received by Monday, October 15, 2007  Complete challenge rules and info available at: http://www.icbluesclub.org. Questions? Contact Mark Edmiston, at 217 622-0340 e-mail markredmiston@msn.com , or Charlotte A. Montgomery 217 899-9840

Send your Society's BIG news or Press Release to:

Blues Link of the Week

If you know of a COOL Blues link, please send it to

Not really a live streaming station but another Blues radio program that you can listen to anytime via a stream. They play recorded Blues music and also have interviews with Blues musicians in the studio with the artists playing live as part of the interview. Site is in French and so is all the interview discussion! To listen you can visit the website and click on the word ECOUTEZ on the left side menu or simply Click Here to listen. You can pick from the current show or past shows with their player.

Lordy is on vacation but will return next week with more Chicago Blues news!

If you know of a Chicago Blues event or news, please send it to

South Side Cindy & The Slip Tones 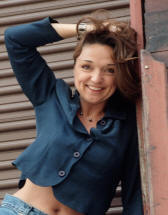 Guitarist and Vocals, 54 yr. Moving to Momence Illinois area (by indiana border). Need to get to work Looking for a band that needs help in this area. Blues, that is. any age is ok....I will be moving to the area in November. You can email me at pcliberty@aol.com  and I will send a sample to listen to. Or you can call me at 954-270-1525.

Place your WANT AD here for FREE. Buy or sell, musicians wanted, gigs wanted etc. Limit 500 words. One ad per week will be randomly selected to appear in the Blues Blast.

Send your ad submission to

IllinoisBlues.com is not responsible for errors or omissions.


or click a state to see Blues shows by State

Submit your blues performances for FREE at: http://www.illinoisblues.com/submitnews.htm

llinoisBlues.com covers Blues all over the US - NOT just in Illinois!

IllinoisBlues.com also offers paid/sponsored advertising for Festivals and Club Owners, Recording Companies and Performers selling their own music or performances. We can put your Blues advertisement on our homepage at: http://www.illinoisblues.com  either as a sponsored event or as a featured event, product, recording or merchandise .

We have a very large and growing email list of Blues Fans, Musicians, Club Owners, Blues Societies and Festival Promoters all over the Central US. We send out weekly Blues Blasts of Blues events and news. With paid advertising we can feature your event or product in these emails. We are getting an enormous amount of visitors and hits. Our rates are very reasonable.

Kick your MOJO into High Gear
Contact us Today!

IllinoisBlues.com SPAM POLICY
If you ever wish NOT to receive our Blues Blast emails you can promptly un-subscribe your email address.

To be REMOVED from the Blues Blast Updates

Send an email with a blank subject line to the address below: